Today was tough because we spent 5 hours in the car, for a quick jaunt down to Key West.   I couldn’t just do car butts on the highway because the subject matter has to be people.

We found our hotel and walked the dog children.

Then we went out to eat and explore…I sketched at the resturant and then we drove to Duval Street where all the wackiness is….Duval st is a cross between South Street in Philly, the Boardwalk in Wildwood and New Orleans.   In short, there were a lot of drunk people.

I had to sketch fast because these subjects were on the move…it was very difficult to sketch because it was dark and people kept walking in front of who I was trying to sketch.

These below were outside a sweet shop that made ice cream, fudge, gigantic cookies and key lime pie.  Personally, my key lime pie is better.  Anyway, this was a great spot to people watch and sketch.  Lots of people were drunk.  They were cheering John’s T shirt that said “Italia.”

They have these bicycles that are like taxis….one passenger squealed and jumped off of a bike to run across the street to go in and grab Key Lime Pie, while his partner sat in the bike and spoke to the “driver.”

I decided to find another sketching spot and John wanted me to sketch the Darth Vader that was playing the banjo….so I did…. 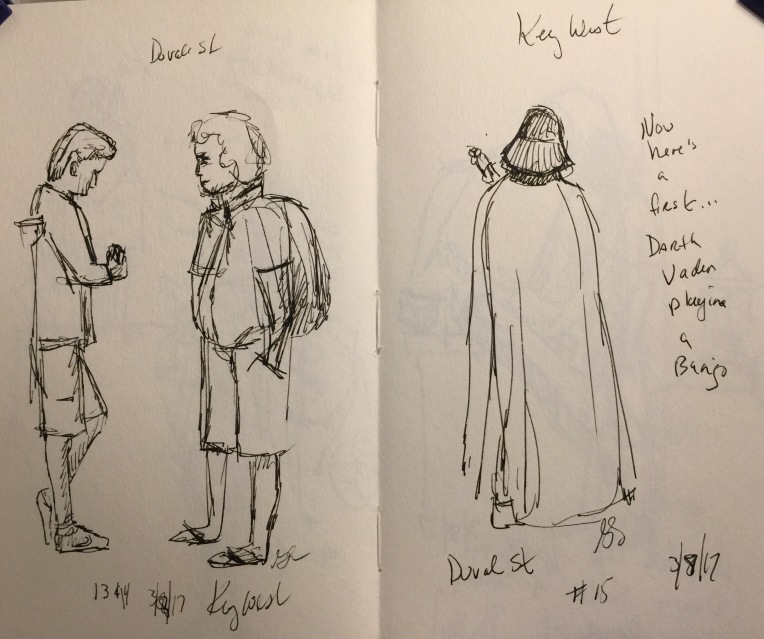 After I sketched Darth Vader, we walked towards the Hard Rock…where I sketched a guitar play doing a pretty good job singing solo… 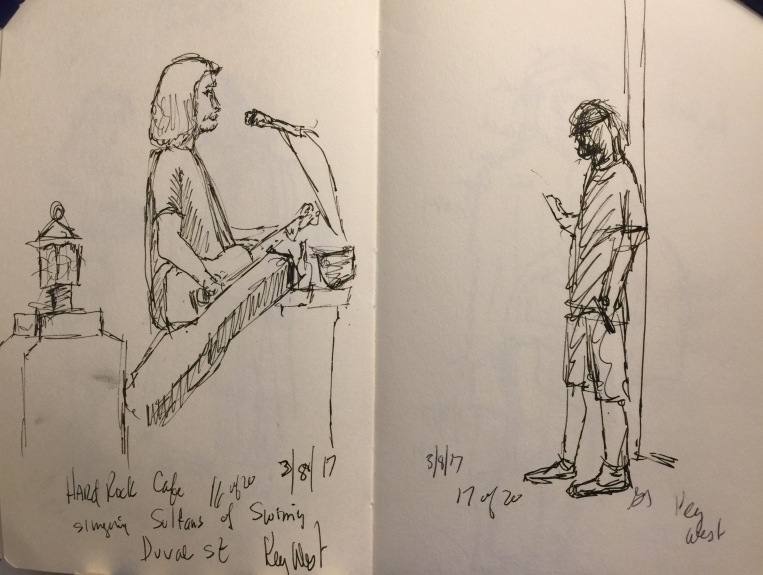 After that I spotted a guy across the street who had a flat tire and a younger man was helping him change the tire….then John kept bugging me to sketch an artist who was painting in his outdoor shop, so I sketched him but couldn’t finish him because he stopped painting when he saw me sketching him and came over to talk to us.  Apparently he has already gone to paint in Cuba. 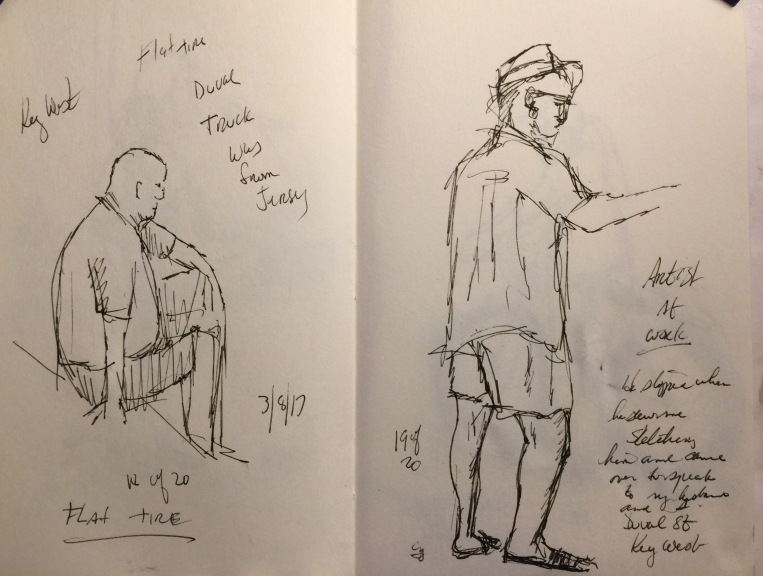 It was an interesting and productive evening.