The folks at Sktchy had a really neat idea this year. They asked artists to do a Secret Santa art swap. We didn’t know who our Secret Santa was nor did we know what photos they would choose to draw.

My Secret Santa recipient, Jeff Smithson, dresses as a clown a lot. Judging by the amount of photos he had, he looked like someone who dressed up to cheer up patients in hospitals. I found one photo of him without clown makeup and I did that as my Secret Santa.

Then, since he likes to dress up as a clown, I took one of his clown photos and turned it into a Santa clown.

Last but not least, my Secret Santa gift giver, Amanda Ross, did this awesome portrait of Chloe and Mack. I still need to get a frame for it but I just love this! It’s sooooo Chloe and Mack. Apparently Amanda has Chihuahuas so it made it easy for her to nail this one! She had their personalities pegged. It makes me happy just to look at it. 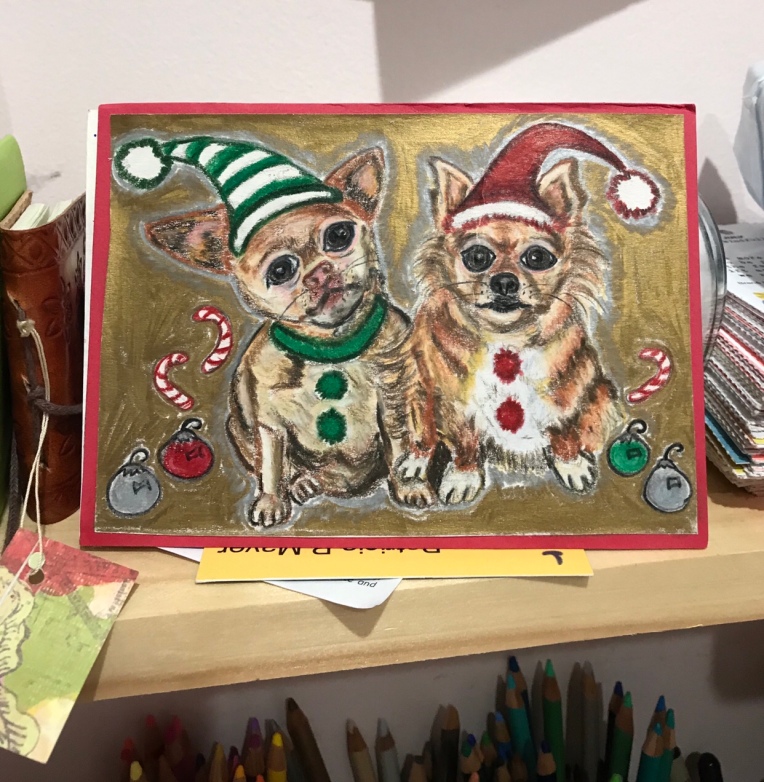 One more day until Christmas!