This sketch was the final sketch for this sketchbook.  It was a humid day and we found a shady pavilion on the East side of the causeway.  I saw this Jeep in front of me with an open hatch and sketched it. They had a lot of stuff in that car.  The trash can blocked part of my view so I was like “what the heck?, why not?” And added it.  The family was actually to the left and I could have fudged it by adding them but I liked the “mystery” of the hatch being open and unattended.  They were parked under the causeway which is why there is a shadow there.  Our car was in the shade as well, a few spots to the left.

This is just one sketchbook that I used while in Florida.  My goal was to finish this one and I did.  I have two more sketchbooks with sketches in them from my time in Florida and I will be posting some sketches from them as well. 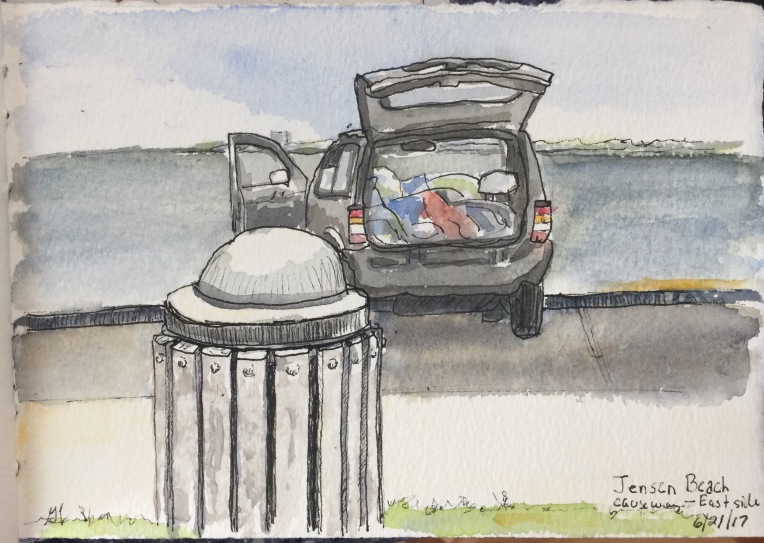